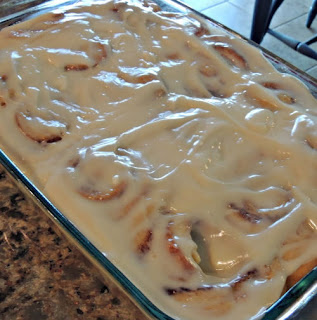 Overnight Cinnamon Rolls
Ingredients :
Dough
1 T active dry yeast
1/2 C warm water (105 - 115 degrees)
4 1/2 C all-purpose flour
1 teaspoon salt
4 large eggs
1/4 cup sugar
1/2 cup (1 stick) butter at room temperature.
Filling
1/2 cup (1 stick) butter, melted
3/4 cup packed brown sugar
1 T cinnamon
Glaze
1 cup powdered sugar
2 T butter, melted
2 T milk or cream
1 teaspoon vanilla extract
Directions :
In the bowl of a stand mixer, combine the yeast with the warm water and let sit for a few minutes.
Then add in 1/2 cup of the flour. Cover with plastic wrap and let stand in a warm spot for about 30 minutes.
Add the eggs, sugar, butter, salt, and remaining 4 cups flour to the yeast mixture. Using the dough hook, knead on medium speed until smooth 10-12 minutes. Add more flour as needed to reduce stickiness.
Turn the dough out on to a floured board and knead a few times by hand to make it smooth. Place the dough into a greased bowl and cover with plastic wrap. Set the bowl in a warm spot and let rise for two hours or until it is doubled in size.
After the dough has doubled in size, transfer it to a floured surface. Using a rolling pin, roll out the dough until it is about 15 X 10 inches in length.
Brush the melted butter over the entire surface of the dough. Spread the cinnamon/brown sugar mixture on top of the melted butter.
Beginning at one end, start rolling the dough up. Slice the dough into 12 pieces, or smaller if you prefer. Place the cinnamon rolls in a buttered 9 X 13 baking dish. Cover with plastic wrap and refrigerate overnight.
In the morning, remove the cinnamon rolls from the refrigerator and let come to room temperature, about another hour. They will rise again.
Bake in a 350 degree preheated oven for about 30 minutes or until slightly brown.
While the cinnamon rolls are baking, prepare your glaze.
Allow the cinnamon rolls to cool for 15 minutes before pouring the glaze on top. If you add the glaze too soon, it will melt. 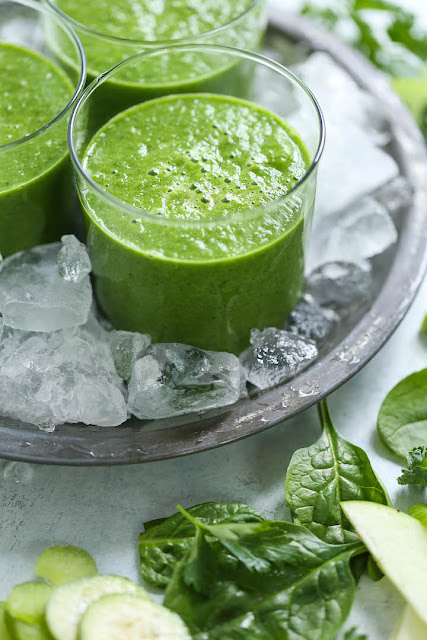 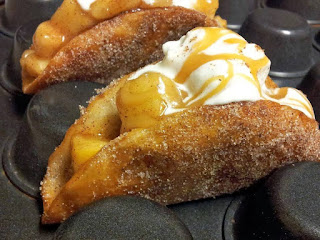 Apple Pie Tacos Ingredients : 4 Apples peeled & sliced ½ C Sugar 2 tsp Cinnamon ½ tsp Nutmeg ½ C Water Tortilla's (flour) 6" size Oil (for frying tortillas) 1/2 c sugar-cinnamon mixture Whipped cream Directions : Place apples, sugar, cinnamon, nutmeg, and water in a sauce pan. Stir until well blended and cover and cook on medium stirring frequently For 10 minutes or until apples are semi soft. If needed, thicken sauce using 1 Tbl of cornstarch to 3-4 Tbl of water. Mix into sauce and stir until thickened. Heat oil on medium heat in a skillet and holding the tortilla folded in half, place the bottom on tortilla in the oil for a few seconds. Then lay it on one side until browned and then place other side down until browned. Remove from oil and Sprinkle browned tortilla with sugar-cinnamon mixture. Fill taco shells with apple pie filling and top with whipped cream, and sprinkle a little more of sugar-cinnamon mixture on top. 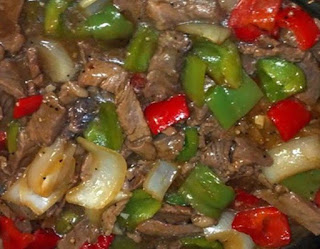 Pepper steak in a crock pot

Pepper steak in a crock pot Ingredients : 16 oz stew meat or sirloin strips 2 each bell peppers 1 vegetable oil 3 tbsp worcestershire sauce 1 tsp garlic minced 1 can beef broth 1 can stewed tomatoes 1 season salt 1 all-purpose flour Directions : Cut up bell peppers into strips Mix season salt with flour Coat meat in flour and heat oil in skillet Add meat and minced garlic and bell peppers and fry till meat is a little browned. Do not cook through. Using a spoon with holes take out meat and peppers and move to a lined slow cooker, leaving oil in the pan. Add stewed tomatoes with the juice and 1 can of beef broth to the oil. Add enough flour to create a gravy while constantly stirring Pour gravy mixture into crock pot over the meat. Cover and cook on low for 8 hours Serve over a bed of rice or noodles. Your choice